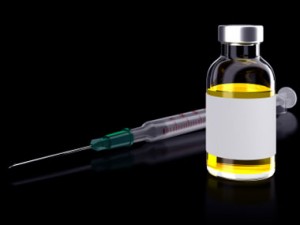 Euthanasia is referred to as deliberately putting someone’s life to an end due to terminal illness or an incurable disease. A person with a terminal illness has to die and there is no way out for him, therefore, when death has to come eventually why not end it to avoid the suffering and pain of an incurable disease. Those people who have no chances of survival due to an incurable disease usually practice euthanasia. They think that rather than dying painfully and slowly why not deliberately put an end to it to avoid further pain and suffering associated with the disease. It is a controversial topic and some people regard it as something just because of the fact that it helps to put an end to one’s suffering. Others argue that life is a gift of God and nobody except him has a right to take it.
What Religions Say?
According to different religions in the world such as Islam, Christianity, and Judaism, that nobody but only God has a right to take one’s life. Euthanasia is considered as a grave sin because it is an act of committing murder even with the consent of the sufferer. In some countries, euthanasia is punishable by law and can get a person into big trouble.
Can Euthanasia be justified?
A person suffering from an incurable disease, such as cancer in its last stage, should have complete right to die peacefully. If the suffering continues due to illness it can cause him a lot of pain which can be unbearable. He may not have the strength to bear the pain caused by an illness. Moreover, he has to die eventually so why euthanasia is considered as something illegal. If a person, who is suffering from pain due to an illness, is finding it hard to live and he wants to end his suffering and life then euthanasia should not be considered illegal. Others cannot feel the pain he is going through therefore, they are not in a position to decide whether to end his life or not. The best person who can decide to die is the person who is suffering. He should have complete right to die to bring an end to his suffering and pain.
Click Here to buy custom written essays on this topic.