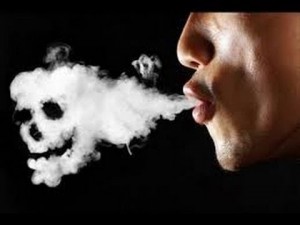 Smoking is one of the most addictive habits people come across. Some people think that a number of cigarettes one smokes in a day determines their health. They think that smoking few cigarettes a day cannot pose any danger. In reality, whether a person smokes one or two cigarettes a day or several the effect is similar. Harmful effects of smoking are gradual but in the long run they can be dangerous. Smoking gradually deteriorates the entire body including vital organs inside such as lungs, heart and other important organs. It disrupts the respiratory system and can lead to cardiovascular diseases. A cigarette may appear a very small and harmless thing to the people but it contains very harmful chemicals.

Respiratory Problems
Cigarette smoking can lead to severe respiratory problems. It disrupts the breathing process of a person and even walking few yards can become a big effort. It causes serious diseases like lung cancer. A lung cancer is a fatal disease if not diagnosed or treated earlier. Lung cancer is also hard to detect in its earlier stages, therefore it can become fatal if not diagnosed or treated earlier. People who smoke regularly have dark coloured lungs because their lungs absorb all the chemicals they inhale through smoking. It causes discoloration and defunctioning of the lungs.

Cardiovascular Problems
Lung is not the only organ that is badly affected, but smoking also causes cardiovascular problems. People who smoke can develop angina. Their arteries may be clogged due to excessive smoking and can cause severe heart attack leading to death. The heart attack is caused by clogging of arteries carrying blood to the body and back to the heart.

Other Problems
Lung cancer is not the only fatal disease caused by smoking. Other cancers like colon, oral cancer, pancreatic and liver cancers can also develop leading to serious health complications. Cancer is a dangerous disease and if not diagnosed or treated earlier can eventually lead to death.

How to quit smoking?
Quitting smoking is the hardest thing to do for regular smokers. They need sheer will power and determination to break this habit. The first few days are very important when a person quits smoking. He may get an urge to smoke but he has to control it if he wants to quit. Once a person quits smoking, his body starts returning to normal functioning and it may take 15 years for that to happen.